The new 6" iPhone - What it means for Developers

When Steve Jobs was there, rumors were proved wrong and magical stuff happened. Now that he is not there, rumors are generally proven true and the most ridiculous things happen. The Half-baked ios7 UI or the 640x1136 resolution screen at 4". There are rumours of the new 6" iPhone screen also coinciding with the next iPhone number 6. So the chances are that it might happen<--more-->
So what does a 6" screen mean for developers? It does not matter much about the users as it is the developers that are left to pick the pieces of a new change and adapt their applications and games to fit a new resolution. As if the 320x480 (iPhone) to 1024x768 (iPad) was not bad enough that they brought in the doubled retina sizes and then the new iPhone5 screen size. The new 6" screen is supposed to have a 1704x960 resolution. So what does that look like? There are already some trying to mock up an android to see what an iPhone could look like, but that is all from the user perspective.

960 is a number that resonates with us from the iPhone4 (retina) so if we split up the 6" resolution , we get 2.6 phones side by side. as So if we tilt the new 6" phone into landscape mode, we could run Norton Commander (for those that still remember that) or WinSCP (for those that work with Windows) or muCommander with 424 pixels left for the UI Icons and commands. However the visibility of this when reduced is the question. It cannot be simulated as an image, it can only be noticed on the actual phone.

So Apple wanted to give us a Wide-screen Large-screen phone to match the Android, Samsungs, etc Well we would get one, or maybe we would get 2.6 of them in side by side resolution which then also goes on to support the multi-tasking feature that is being spoken about in iOS8. 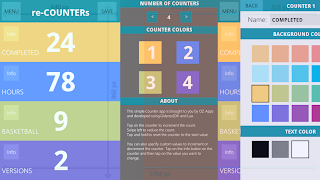 Well with Apple, if there is a rumour it will come true, so be careful...
Email Post
Labels: Article Basics Development hardware iOS Quick Thoughts tips