Use your Mac as wireless speakers for your iPhone/iPad/iPod

I was playing Blaster Tanks the other day and to really crank up that boom boom boom sounds of shooting the bullets into the incoming hordes of planes was just too low on the iPod, and when I connected that to the music player's music port (aux in) it did not do much really.

Just today there was a flurry of activity on twitter, Erica Sadun had released after Banana TV, her new app (still in ß as I understand) called Banana Tunes. The idea being to use the Airplay feature and stream audio from the iOS device onto the Mac. Most of the people have reported that they changed the AirPlay settings in the Music Player on iTunes and it worked wonderfully. It did for me to, here's what you do 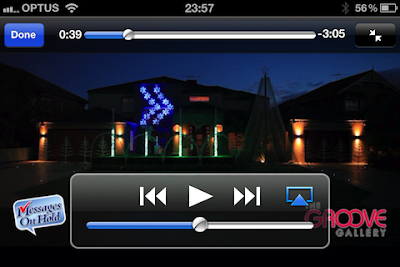 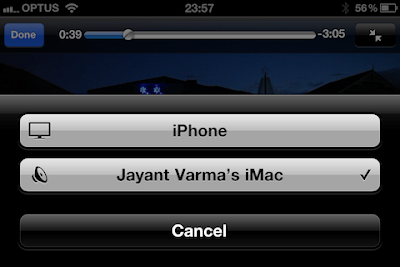 Now, I save my media on VLC as it can play videos and some TV shows that I wanted to catch up on, how do you stream the sound from VLC? There is no such feature available. I wanted to play Blaster Tanks but hear the sounds from my iMac, which sounds much better.

Erica has a winner on her hand, there is a feature that I found accidentally which I am unsure many have used or know about. How about setting all the Audio output to the Mac? Almost like streaming audio/calls onto the car speakers via Bluetooth. THe difference being that this is over WiFi and streams all sounds.

The end results are wonderful and amazing. Here's how you do that.
Double tap the home button, this brings up the apps that were used recently or that are sleeping/zombie processes. Scroll to the first (extreme first) after the music controls. This screen has the AirPlay icon, setting the output here will stream all the sounds to the mac. Just remember to start BananaTunes first. 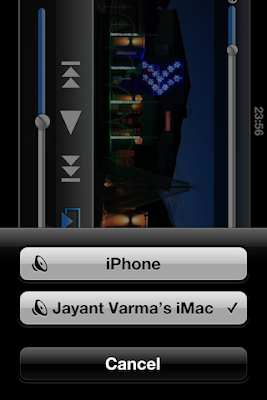 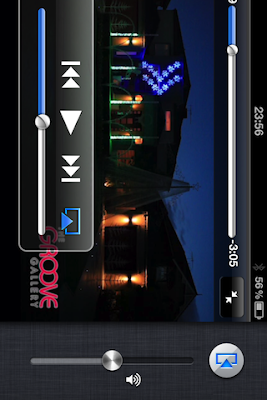 Where to get BananaTunes? You can get it from
Eric's website http://ericasadun.com/ananab/ Download the two files and read the instructions included.

or
Get a all-in-one installer that sets the files into the proper place all for you from http://t.co/Opg8sCB

Have fun, believe me you shall be amazed...
Email Post