Porting your code from Mobile to the Desktop 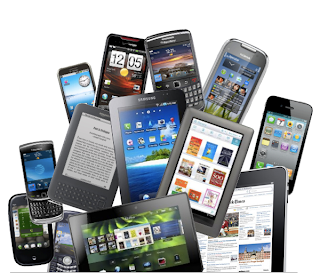 My first PDA was a black and white DaVinci I picked up at an Expo in 1999. I had just started in my new position overseas and it was my first purchase. The DaVinci had approximately 2 MB of memory and could recognize handwriting gestures. Then there was the Sharp Zaurus and the Palm Pilot. This was all before Microsoft brought out the PocketPC running on the Compaq hardware called the iPaq. The Desktop was laden with apps, shareware and freeware. While there was a marketplace for Palm Pilot apps and growing. There were a couple of developers that were using C++ (eVC) and Visual Basic (eVB) to develop applications for the Pocket PC. Over the years, things have changed today the Mobile marketplace is as strong and large and now developers want to port their Mobile apps to the Desktop.
For mobile developers, there are several options starting from using xCode to a whole lot of custom frameworks using languages ranging from Objective-C, JavaScript to Lua.

One of the current favourite frameworks that I hold my interest is GiderosSDK. There are some apps created using GiderosSDK that have hit the charts and made some waves. One of them that comes to my mind from the top of my head is Nuclear Outrun I recollect seeing this one on the top 10 charts in Australia. However there are developers that are after porting their apps to compile for the Microsoft Windows, Blackberry platforms and there isn't a feature to do so.

Then there is a passionate developer by the name of John Blackburn, "the developer that did not want to wait" and hence wrote his own little post that could compile and run on the Windows and Blackerry platforms. It is open source and is still work in progress. John created his application Nebula Retro and the framework Longford is compatible or rather created to support the porting of Nebula Retro. John has mentioned that he is working on getting it to work more generically and compatible with GiderosSDK and Box2D physics.

While we have a detailed look at Longford over the next few weeks, there could be other articles that provide details on the stability, compatibility and suitability of Longford. This project is not competing with or supplementing GiderosSDK, however you can use it for your projects as you want and deploy your application to the Desktop.