This is REALLY amazing, it can help developers leverage a lot of entry points into their applications via this technology. This Part II looks at how this can be used to provide the Peek and Pop processes.

Surprisingly, this is much easier to setup and use than many of the other features in the iOS SDK. First, the idea behind the peek and the pop.

With a basic look at Peek, it is a way to focus / highlight a single element/item on the screen where the rest of the screen is blurred to provide focus and details about the element that is 3D Touched.

For this example, let us create a simple list of values displayed in a tableView that list out the city names. When pressed slightly, it displays the city name and the population, each having a different background color. 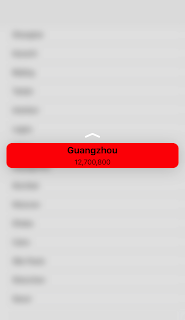 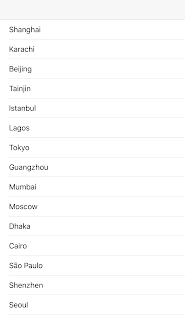 First, the structure to hold the cities and an array to hold these cities


Setting the controller up for 3D touch

What happens if you run this application on a device that does not have 3D Touch capabilities? So you need to first check for the capabilities of the device and only if it is supported, do you register the viewController for 3D Touches.


You can only run this on a device, the simulator does have options on the menu that read as Force Touch Pressure, but that does not work with the phones as yet and works with the Apple Watch simulator.

The first function returns a viewController to use to display the item when you press slightly (Peek). On returning a nil (no view controller) the peek is not displayed. You can specify the rectangle for the previewingContext by setting the sourceRect property of the viewController. In case you are working with tableViews of collectionViews where the source rect of the item might change, you can use the parameter viewControllerForLocation which is a CGPoint structure to determine the item at that location.

To get the item in a tableView, you can simply use

If you press harder on the screen, it will make this pop, and pop means displaying the viewController in full screen than how it was displayed earlier. The second function (above) is called to Pop the viewController.

In this example I have used the pushViewController so that the back button and navigation is gotten for free without extra code / effort. 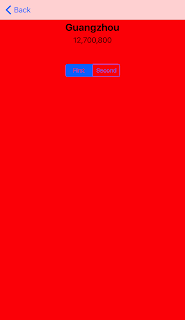 There is one more functionality that is available with Previewing and that is of action menus. With a peek, you are provided the item on the screen and when you slide it up (the presence of the action items are indicated by the arrow (caret) on the top of the Peek viewController as can be seen in the image.

When you slide this viewController up, you get the action menus displayed below 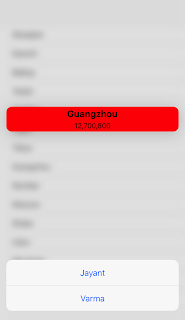 Note: Though for the lack of an appropriate action menu items, it displays my name. The actions can be such as Share, Delete, eMail, etc. Like the UIAlertController (the AlertBox) actions these actions can be Default or Destructive (displayed with a red text color)

It is actually that simple and cool to use Peek and Pop with the new 3D Touch functionality of the iPhones 6s and 6+s.